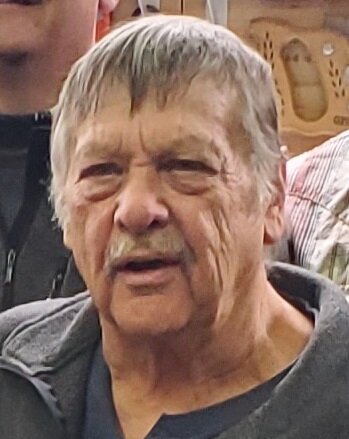 Chuck Dale Rilea, 69 of Carlton passed away on Tuesday, November 16, 2021 in his home.  He was born on July 17, 1952 in Cloquet to Delwin and Elaine Rilea.  He was raised in rural Barnum where he attended high school.  He married Rochelle Swanson on June 30, 1973 in the Sandy Lake Baptist Church.

Chuck worked for Sonny’s Mileage in Carlton, Burlington Northern Railroad, ABHE Svoboda Construction from 1989 to 1999 traveling the country from San Diego, CA (during the earthquake), Oahu, HI from 1991 to 1992, Michigan, Alaska, Connecticut, Seattle, WA, and Louisville, KY.  He then worked for Dart Transport from 2000 to 2014 where he trucked the Midwest.

He was a member of the NRA and Ducks Unlimited.  He enjoyed hunting, fishing and life at the cabin.

Chuck was preceded in death by his father, Delwin; and brothers, Monte and Todd.

Visitation: 12:00 Noon until the 1:00 p.m. funeral service, Saturday, November 20, 2021 in Atkins Northland Funeral Home Chapel, 801 14th Street, Cloquet.  Burial will be in Sandy Lake Cemetery in Blackhoof following the service. A luncheon will follow the burial in the Salem Mahtowa Hall.  To sign the guest book and leave an online tribute, see www.atkinsnorthlandfuneralhome.com

Share Your Memory of
Chuck
Upload Your Memory View All Memories
Be the first to upload a memory!
Share A Memory