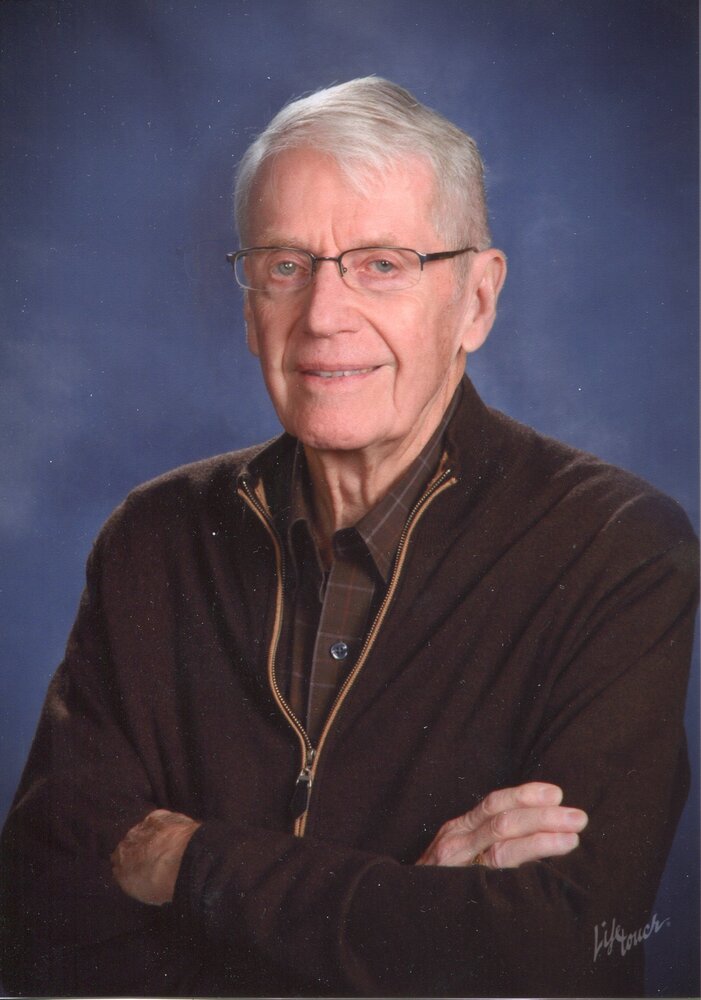 Ronald Edward Peterson, 90, of Carlton passed away peacefully on Monday, January 31, 2022, in his home.

He was born on May 9, 1931, in Glenwood, MN to Harold and Valera Peterson. In 1938 the family moved to Moose Lake where Ron attended elementary and high school, graduating in 1949.  He attended Gustavus Adolphus College, served in the Cloquet National Guard, enlisted in the US Air Force in 1951 and served in Korea from 1952-53. In 1953 Ron married Mildred Enerson in Orlando, FL.  They moved to Fargo and he attended NDSU, graduating in 1959 with a B.S. in Pharmacy.

Following graduation, Ron began his pharmacy career in Escondido, CA, before moving to Moose Lake in 1967, where he co-owned Peterson Drug with his father and brother. He was also the pharmacist of the Moose Lake Regional Treatment Center for almost thirty years until his retirement in 1994.

Ron married Betty Swanson and moved to Carlton in 2005 where he was a member of Bethesda Lutheran Church and enjoyed his bible study friends. Ron participated in many civic organizations over the years. Exercise and health were important his entire life. Ron was an avid Twins fan and didn’t miss a day reading his newspaper.

Visitation will begin at 11:00 am until the noon celebration of life service on Saturday, March 5, 2022, in Bethesda Lutheran Church in Carlton.  A luncheon will follow in the church social hall.  Burial will be in Sunset Memorial Cemetery in Barnum at 2:00 p.m on August 12, 2022.  Arrangements entrusted to Atkins Northland Funeral Home, Cloquet.  To sign the guest book and leave an online tribute see, www.atkinsnorthlandfuneralhome.com.  Memorials to Rhonda Kay Skelton Memorial Nursing Scholarship Fund, c/o Essentia Health, Moose Lake Foundation, 4572 County Road 61, Moose Lake, MN 55767.