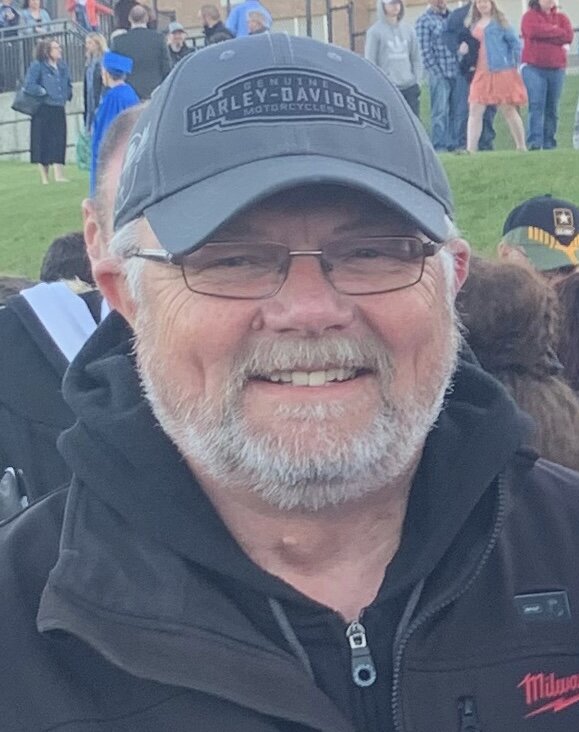 Jack Norman Oswell, 70, of Esko passed away on Thursday, February 10, 2022 in St. Luke’s Hospital in Duluth.  He was born on July 5, 1951 in Cloquet to Oscar “Bud” and Eleanor Oswell.  Jack graduated from Barnum High School in 1969 and then attended vocational school for auto body repair. He married Susan Kay Arnson on August 25, 1973 in Blackhoof, MN.

Jack was the owner of Oswell Auto Body until his retirement in 2014.  He liked riding his Harley, enjoyed collecting cars and hunting.

Jack was preceded in death by his parents.

He will be missed by his wife, Sue of Esko; son, Brad of Fargo, ND; daughter Alisa (Joe) Lammers of Rice Lake, WI; two grandchildren, Jaxson and Brody Lammers; brother, Curtis Oswell of Carlton; and nieces, Leigh Singpiel of Cloquet and Laurie Graupe of Superior, WI.

Gathering of Family and Friends from 10:00 am to 12:00 noon with a luncheon at noon on Friday February 25, 2022 in Atkins Northland Funeral Home, 801 14th Street, Cloquet.  Burial will be in Sandy Lake Cemetery in the spring.  To sign the guest book and leave an online tribute see, www.atkinsnorthlandfuneralhome.com.

Gathering of Family and Friends

Share Your Memory of
Jack
Upload Your Memory View All Memories
Be the first to upload a memory!
Share A Memory