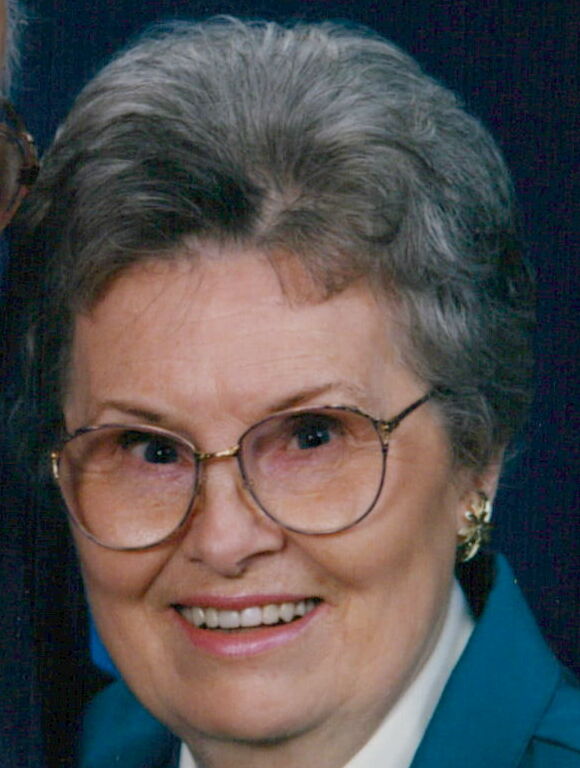 Jewel Arlene Hammond, 91, Cloquet, MN was welcomed into the arms of her Savior on Saturday, February 12, 2022 at her home. Jewel was born in Minneapolis, MN on April 27, 1930, the oldest of four children born to Doyle and Ella Mae (Carpenter) Smith. She learned the value of hard work growing up on their family farm. She loved horses and raised sheep for 4H, being particularly proud of her Grand Champion ram, Oscar. She graduated from Bemidji HS in 1948 and married George Henry Hammond on June 5, 1949. George and Jewel were stationed in Florida and moved to the Hibbing/Chisholm, MN area after George’s discharge from the Army. As a young mom, Jewel returned to the farm to help her father after the polio epidemic claimed the life of her mother and permanently paralyzed her brother Don.

She and George were actively involved in church life at First Baptist Church in Chisholm, later moving to Cloquet to help their son Daniel wire his newly-started business. There, they served as Deacons at New Jerusalem Church (now New Life) while helping raise grandson, Derrick. In later years they became involved in the Messianic movement and were Elders at Beth Yeshua in Superior, WI. Jewel found faith in Jesus Christ as a teen and dedicated her entire life to serving Him, whether it was teaching children in backyard child evangelism classes or Grades K-3 at Faith Christian School in Cloquet. She loved flowers and gardening, but her passion was prayer and music, especially hymns and worship songs. She sang in choirs/worship teams in every congregation they attended. Jewel also prided herself in the kitchen and enjoyed summers cooking for First Baptist youth at Camp Sigel. She was famous for long prayers and loooong hugs.

She was preceded in death by her parents; brother Don; and husband George.

Share Your Memory of
Jewel
Upload Your Memory View All Memories
Be the first to upload a memory!
Share A Memory