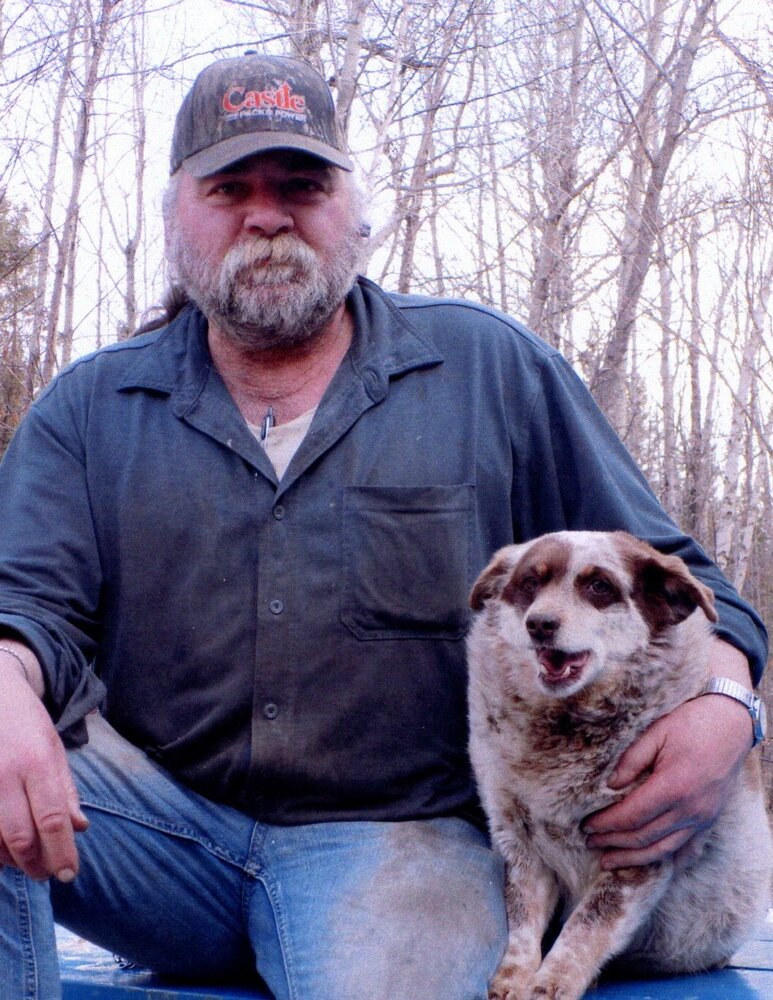 Leslie “Old Man” Dougherty of Saginaw died unexpectedly on Friday, February 18, 2022 with his loyal dogs Bacon and Holly.  Leslie was born on March 16, 1960 in Duluth, son of Laurel “Sonny” and Betty Dougherty.

Leslie took over Dougherty’s Trucking and Aggregate when his father passed away in 2004 and also worked in Jeep parts.  He loved the outdoors and enjoyed fishing when he was able.  No matter where Leslie was Bacon was never far behind him, her following in the paw prints of the shop dogs of the past that Leslie had loved and cared for.

He was preceded in death by his father, Laurel “Sonny” Dougherty; step-father, Lou Davis; grandparents, Orel Dougherty, and Lucy and Art Borman; brother-in-law, Mike “Pudgy” Couture; along with other family and friends.

A Celebration of Life will be held from 11:00 a.m. to 4:00 p.m.on Saturday, July 16, 2022 in the Industrial Town Hall in Saginaw.  Arrangements entrusted to Atkins Northland Funeral Home, Cloquet.  To sign the guestbook and leave an online tribute see, www.atkinsnorthlandfuneralhome.com

Share Your Memory of
Leslie
Upload Your Memory View All Memories
Be the first to upload a memory!
Share A Memory