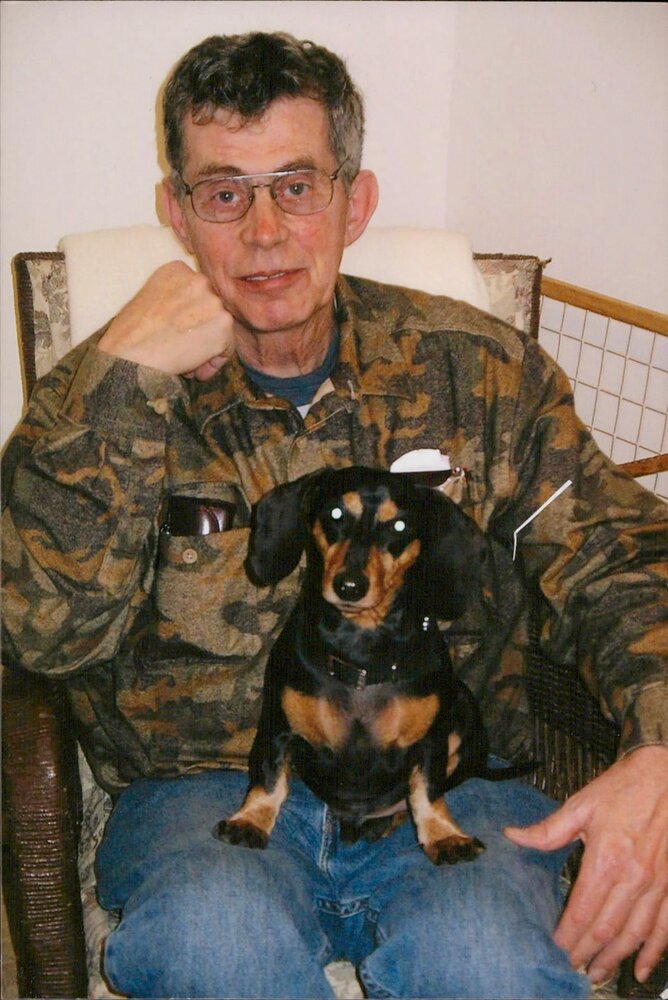 Albert Anthony Carlson, 81 of Meadowlands passed away on Tuesday, March 2, 2022 at his home.  He was born on December 26, 1940 in Duluth to Arnold and Eva Carlson.  Albert was raised in Gary New Duluth and served honorably in the U.S. Navy.  He moved to Meadowlands in 1972 and on October 5, 1973, Albert married Karen Ann Granlund in Sisseton, SD.

Albert worked as a brick layer for U.S. Steel Duluth Works until it’s closure and finished his career at U.S. Steel Mintac in 1998.

He was a ham radio operator and a member of the National Assoc. for Amateur Radio.  He enjoyed hunting, fishing, trapping, metal detecting, motorcycling,  reading, photography and going to garage sales with friends.  He was also a machinist and a houndsman.  Albert loved spending time with his grandchildren, Alex, Arnold and Charlie.

Visitation: 10:00 a.m. until the 11:00 a.m. funeral service on Saturday, March 12, 2022 in Atkins Northland Funeral Home, 801 14th Street, Cloquet.  A lunch will follow in the Fireside Room of the funeral home.  Burial will be in Meadowlands Cemetery.  To sign the guest book and leave an online tribute see, www.atkinsnorthlandfuneral home.com

Share Your Memory of
Albert
Upload Your Memory View All Memories
Be the first to upload a memory!
Share A Memory