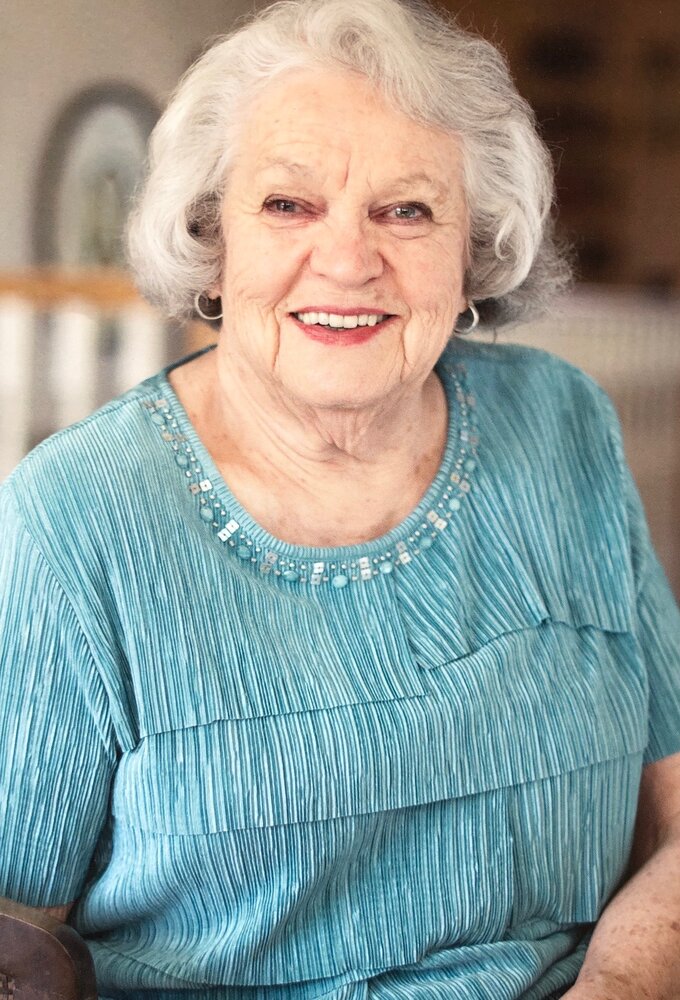 Mary Helen (Stone) Juntunen, 95, passed away on Tuesday, March 15, 2022, at Evergreen Knoll Senior Living in Cloquet. Born in 1926 in Richmond, Kentucky, she grew up in Paris, KY. She met Bill Juntunen when he was stationed with the U.S. Army in Lexington, KY. They married in 1946 and lived in Esko throughout their married lives in homes that Bill designed and built. Outside the home, she had various jobs throughout her life, including helping Bill in his business, but her favorite was co-managing Standard Oil’s corporate resort in Woodruff, WI.

Mary Helen was an accomplished soprano and performed at countless weddings, funerals, church services, in community theater, and with several musical groups. She enjoyed traveling (especially “down home” to Kentucky), reading, sewing, quilting, gardening, cooking, baking and entertaining.  She was an avid “reader” of audiobooks and, known for her resilience, she was a savvy computer user even after her diagnosis of severe macular degeneration. Her strong Christian faith guided her. As a member of the Esko Apostolic Lutheran Church, she participated in choir, Bible studies and women’s groups.

Mary Helen was preceded in death by her parents, Mary and Everett Stone; her husband, Bill; and her granddaughter, Elizabeth “Betsy” Johns.

She is survived by four children: Bill (Michelle) Juntunen of Duluth, Brad (Lynda) Juntunen of Cloquet, Dorothy (Alan) Johns of Duluth, and Mary Beth Juntunen (Wayne Gilbey) of Duluth; eight grandchildren and their spouses; and thirteen great-grandchildren. She is survived by her sisters: Dorothy Thrall (husband Lyle passed) and three nieces in Washington, and Margaret Stone in Michigan.  Through marriage Mary Helen joined the Hjalmer and Hilma Juntunen family of thirteen children and their spouses.  Survivors in that family include Roy Juntunen, Kay (Marlen) Perttula, three sisters-in-law, Ruth, Donna and Marianne Juntunen, and dozens of nieces and nephews.

The family thanks the staff at Evergreen Knoll and St. Croix Hospice and all of her doctors for their tender care of Mary Helen.

Services will be held on Wednesday, May 11, 2022, at the Esko Apostolic Lutheran Church. Visitation at 10:00 AM with funeral service at 11:00 AM followed by a social gathering in the church basement. Private family burial.

Get Directions
Wednesday
11
May