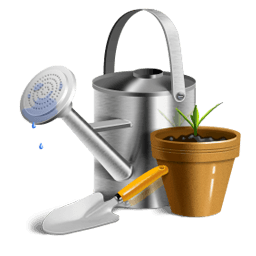 Trudy Diane Stahl, 62, of Cloquet, passed away Saturday, April 16, 2022 at Essentia Hospital in Duluth after a three month battle with cancer.  She was born June 5th, 1959 in Duluth to Howard and Phyllis Zakowitz.  She grew up in Hermantown and Esko graduating from Esko High School in 1977.  Trudy was united in marriage to Randy Stahl on October 22, 1983 at Our Saviors Lutheran Church in Cloquet, and together they raised two sons in Cloquet.

Trudy worked at the Target store in Duluth for more than twenty years and retired in 1998, choosing to be a full time mom and homemaker. She enjoyed travelling with her family but her favorite time of all was being at home, especially in the evenings during the summer, sitting with her husband on the patio swing and admiring her beautiful flowers. Flowers were her passion as she had numerous gardens all around her home. She tended to her flowers on a daily basis, but left the weed pulling to anyone else she could get to do it! She also enjoyed creating artwork with acrylic and watercolor paints and drawings with colored pencils. Trudy was a fantastic cook and baker and no one left her meals hungry.  She loved being in her kitchen baking cookies, cakes, and her famous banana bread. Holiday meals were always a feast with many delicious things to enjoy. The absolute apple of her eye, however, was her granddaughter Gianna, whom she loved to spend time with. She cherished her sleepovers on weekends when they could play games, color and she could generally spoil her to no end.

Trudy was preceded in death by her parents; and her brother, Kent.

She is survived by her husband of 38 years Randy of Cloquet; her sons, Brent (Jessica) and Jace (Alicia) both of Cloquet; siblings, Linda (John) Geving of Esko, Cathy (John) Heieie of Lakeside AZ, and Dani (Karen) Zakowitz of Cloquet; brothers-in-law, Ray Stahl Jr. of Duluth, and Ron (Sue) Stahl of Cloquet; sister-in-law, Patty (Jim) Zimmerman of Rome, GA; two grandchildren, Gianna and Everlee Stahl of Cloquet; as well as numerous nieces, nephews, and cousins; and special friend, Jan Storck of Cloquet.

Trudy left us too soon and leaves behind many heartbroken family and friends that will miss her dearly. Despite her hardship her faith never wavered, and she accepted this as part of God's plan for her.

Visitation will be held on Monday, April 25th from 5:00 to 7:00 p.m. at Atkins-Northland Funeral Home, 801 14th St. Cloquet, MN.  To sign the guest book and leave an online tribute see, www.atkinsnorthlandfunerealhome.com

Share Your Memory of
Trudy
Upload Your Memory View All Memories
Be the first to upload a memory!
Share A Memory