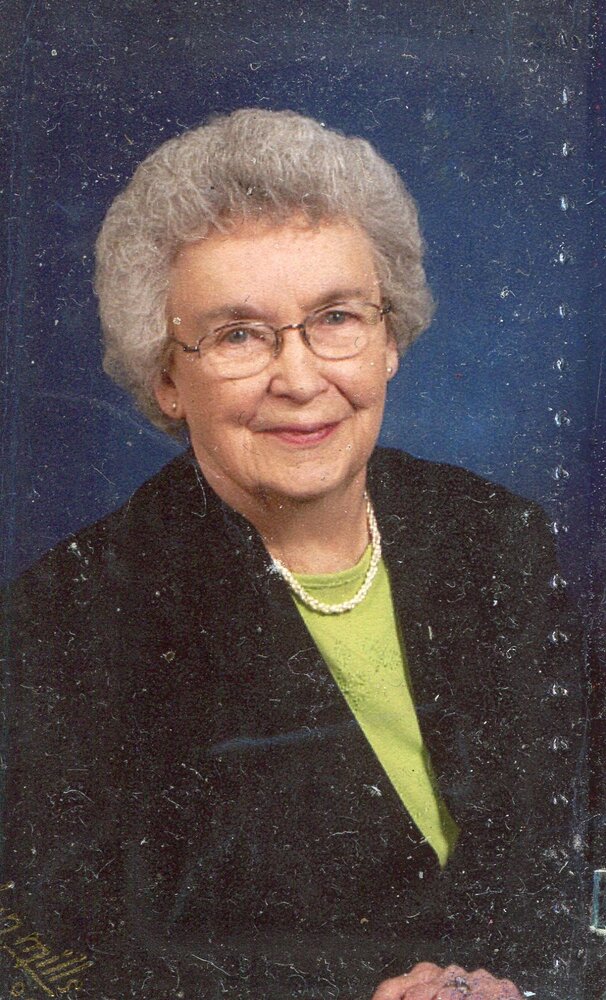 Because of road construction on 14th Street, please use the temporary 12th Street entrance to the funeral home.

Mary Arntson, 98, of Esko, wife, mother, grandmother and great grandmother passed away Monday, May 23, 2022, shortly after a diagnosis of cancer.

She grew up on a farm in Esko and was raised by her aunt, Julia Sunnarborg.  She was the daughter of Charles and Selma Sampson.  She graduated with the class of 1942 from Esko High School and from Duluth Business College in 1944.

She married Duane Arntson in July of 1946.  She worked many years as a secretary and bookkeeper while raising four children.  She retired after 25 years with the Cloquet Coop Credit Union.

She enjoyed gardening, time at the cabin, cooking, baking and watching Minnesota Twins Baseball.  She was active in Esko Senior Citizens, a member of Esko Apostolic Lutheran Church, the treasurer for many years with the Esko Historical Society, and a member of Esko Red Hats.

Visitation: 10:00 a.m. until the 11:00 a.m. funeral service on Friday, June 3, 2022 in Atkins Northland Funeral Home, 801 14th Street, Cloquet.  Due to construction on 14th Street, please use the temporary entrance on 12th Street.  A luncheon will follow in the Fireside room of the funeral home. Burial will be in Apostolic Lutheran Cemetery in Esko.  To sign the guest book and leave an online tribute see, www.atkinsnorthlandfuneralhome.com

Because of road construction on 14th Street, please use the temporary 12th Street entrance to the funeral home.