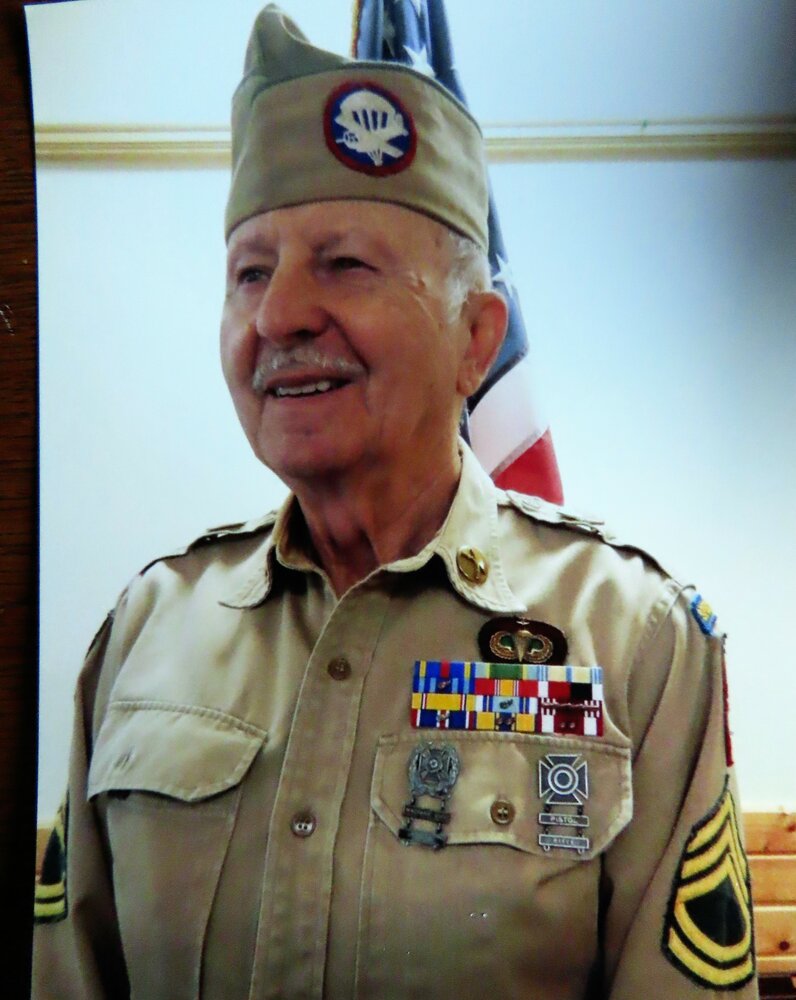 Msgt, Richard (Coach) Frank Coccie, Ret., of Floodwood,MN passed away at his home on May 20, 2022. After high school, Richard joined the Army, and volunteered for jump training at Fort Bragg, where he earned his parachutist badge.  He then volunteered for a new group that the Army was forming that became the Army Special Forces - the Green Berets. Following his active-duty enlistment, Richard continued his military career by serving in the U.S. Army Reserves, and the Minnesota Army National Guard.

Taking a break from military service, he earned a 2-year degree in radiology and worked for 8 years as an x-ray technician in several area hospitals.

Richard then joined the Minnesota Air National Guard and worked at the 148th Fighter Wing as a certified aircraft welder, in Duluth, MN, until his retirement in 1991.

He is preceded in death by his parents, Frank and Louise Coccie of PA, his first wife Elfriede Coccie, and brother Robert Coccie. He is survived by his wife Susan Coccie, of Floodwood, MN, sons Richard (Deanna) Coccie of Deerwood, MN, Charles Coccie, of Cloquet, MN, daughter Susan Ostern of Duluth, MN, brother Raymond of Pottstown, PA, grandson Patrick Passeri of Duluth, MN, and several nieces and nephews.

A celebration of life will be held for Richard on Thursday, June 9, at the Floodwood New Life Community Church, 11698 Highway 8, Floodwood. Visitation will be at 10:00 a.m., the church service at 11:00 a.m., followed by a lunch served in the church fellowship hall. Military Honors will be presented by VFW Post 8299 and American Legion Post 262. Interment will be at the MN State Veterans Cemetery in Duluth.

In lieu of flowers, the family asks that you make a financial donation to the Tunnels to Towers Foundation (T2T.org)

The family would like to express their sincere appreciation for the expert care that Richard received from the St. Croix Hospice caregivers.

Arrangements are with the Atkins-Northland Funeral Home, of Cloquet, MN. To sign the guest book and leave an online tribute see, www.atkinsnorthlandfuneral home.com