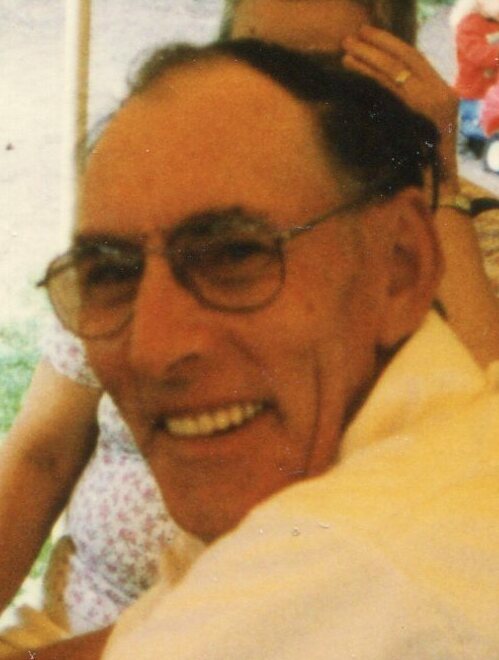 Due to construction on 14th Street, please use the temporary back entrance of the funeral home on 12th Street. Access from Doddridge Avenue

Lawrence Peter William Switzer, 94, of Cromwell passed away on Monday, July 4, 2022 in Villa Vista.  He was born on October 4, 1927 in Holyoke, Minnesota to Orval and Nellsena Switzer.    He was raised in Holyoke until he was 9 years old and moved to Kerrick in 1939.  In 1943 the family moved to Kettle River.  On August 4, 1956 Lawrence married Charlotte Dickhoff in Mora, Minnesota.

Lawrence farmed most of his life with his Dad, purchasing the farm in 1956 in Kettle River.  He hauled milk from 1951 to 1955.  Lawrence worked construction in his early life and was a custodian and bus driver for Kalevala School from 1965 to 1970.  From 1970 to 1977 he worked at Old Home Creamery in Moose Lake and then worked in Duluth hauling fuel up the North Shore until 1983.  He farmed until 1990 before he retired.

Visitation: 2:00 p.m. until the 3:00 p.m. memorial service, Monday, July 11, 2022 in Atkins Northland Funeral Home, 801 14th Street, Cloquet.  A time of fellowship and refreshments will follow in the Fireside Room of the funeral home.  Burial will be in Eagle Lake Cemetery in Cromwell at a later date.  DETOUR: Due to construction on 14th Street please use the temporary back entrance to the funeral home off 12th Street.  Access from Doddridge Avenue.  To sign the guest book and leave an online tribute, see www.atkinsnorthlandfuneralhome.com

Due to construction on 14th Street, please use the temporary back entrance of the funeral home on 12th Street. Access from Doddridge Avenue

Share Your Memory of
Lawrence
Upload Your Memory View All Memories
Be the first to upload a memory!
Share A Memory