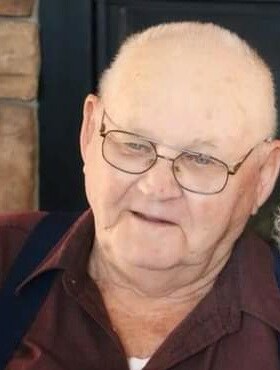 Donald Arthur Fjeld, 96, of Floodwood passed away on Monday, August 22, 2022 peacefully at Grand Village Nursing Home, Grand Rapids.  Don was born on June 17, 1926 in Horse Creek Township, North Dakota to Christian and Mary Josephine (Miller) Fjeld.  He attended school until the age of 10 years old in Tioga, North Dakota.  Then his family moved to Grand Rapids, Minnesota where he attended Grand Rapids High School and earned his high school diploma in 1944.  Don joined the Navy after graduating high school.  On October 14, 1949 he married Marcella (Adrian) whom he had met at a Youth for Christ meeting in Duluth.

Don was a Fireman First Class on the USS Runels APD 85 in the Navy.  After discharging from the military, he farmed, logged, was a millworker for Conwed, worked at the Floodwood Landfill, and retired from the Brookston Transfer station.  In his retirement he hauled gravel and worked in the woods.

He is survived and will be sadly missed by his children, Ruth (Bob) Riddell of Grand Rapids, Patricia (John) Cronk of Deer Creek, Wayne (Debbie) Fjeld and Larry (Bonnie) Fjeld both of Floodwood, and Betty (Bob) Wolfenden of Wadena; daughter-in-law, Pattie Fjeld of Floodwood; brother-in-law, Richard (Jan) Adrian of Wyoming.; sisters-in-law, Elda Kuiper of Wisconsin and Frances Jones of Texas; 19 grandchildren; 33 great grandchildren; and one great-great grandson.

Don’s family would like to thank the staff at Grand Village Nursing Home for their exceptional care and all that they did for him.

Share Your Memory of
Donald
Upload Your Memory View All Memories
Be the first to upload a memory!
Share A Memory