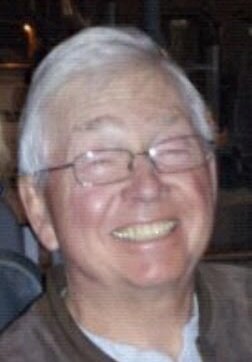 Chester Edwan Thomas, 80, of Wright passed away on Tuseday, October 25, 2022, in Community Moose Lake Village.  He was born on July 30, 1942, in Minneapolis, to Clarence and Georgia Thomas. Chester graduated from Patrick Henry High School in 1960.  He married Kathleen Tabako on September 18, 1965.

Chester served in the US Army. He was a Iron worker for the local 512 Mpls. from 1962-1979.  In 1979 he became an entrepreneur and opened the Vegas Lounge Bar and Restaurant in NE Mpls. Chester loved spending time with his family and taking vacations to special places that include Mexico and Europe. He enjoyed coin collecting, bowling, fishing, and hunting. He was an avid Lion’s club member for many years. Chester was a pool league manager for Kali’s Bar and on the golfing league at Look Out Bar and Grill. Chester most loved his family and spending time with his 9 grandchildren.

Chester was preceded in death by his parents; Clarence and Georgia Thomas.

Visitation: 12:00 p.m. until the 1:00 p.m. funeral service Friday, November 4, 2022, in St. Mary and Joseph’s Catholic Church, 1225 Mission Road, Sawyer. In lieu of flowers the memorials may be made to Alzheimer’s Association at 7900 W. 78th St. Suite 100, Edina, MN 55439.  A luncheon will follow the service in the church fellowship hall.  Burial will be at a later date. Celebration of life is to be announced, and held, at the Look Out Bar and Grille in Minneapolis.  Arrangements entrusted to Atkins Northland Funeral Home, 801 14th Street, Cloquet.  To sign the guest book and leave an online tribute, see www.atkinsnorthlandfuneralhome.com

Share Your Memory of
Chester
Upload Your Memory View All Memories
Be the first to upload a memory!
Share A Memory