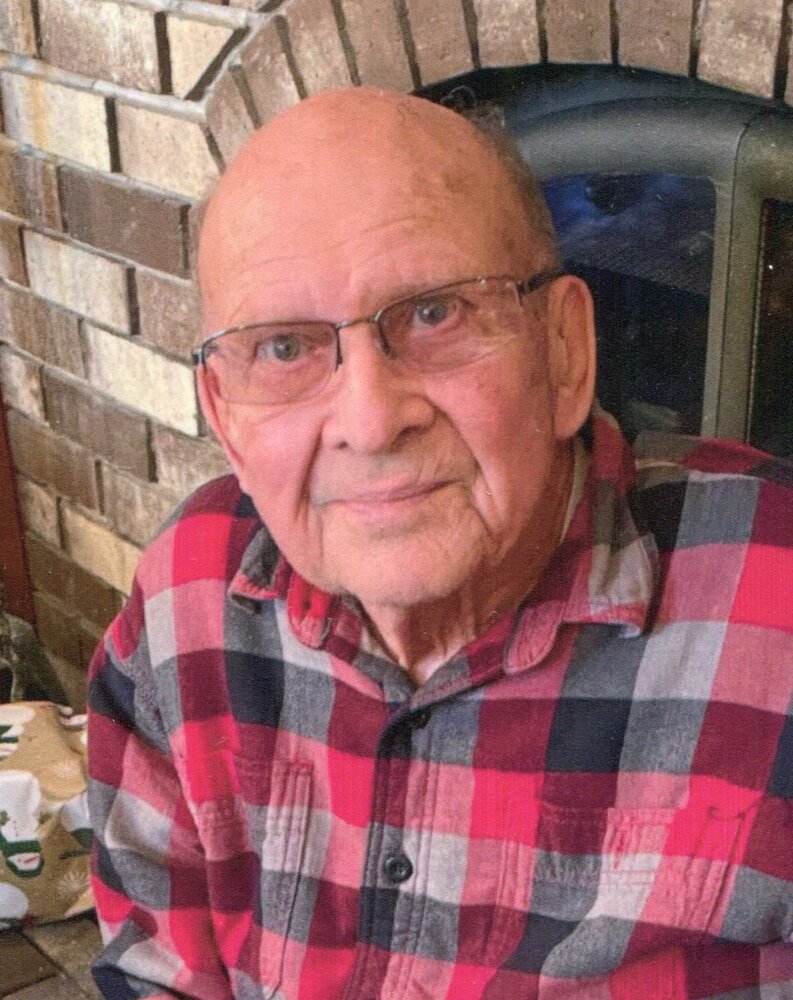 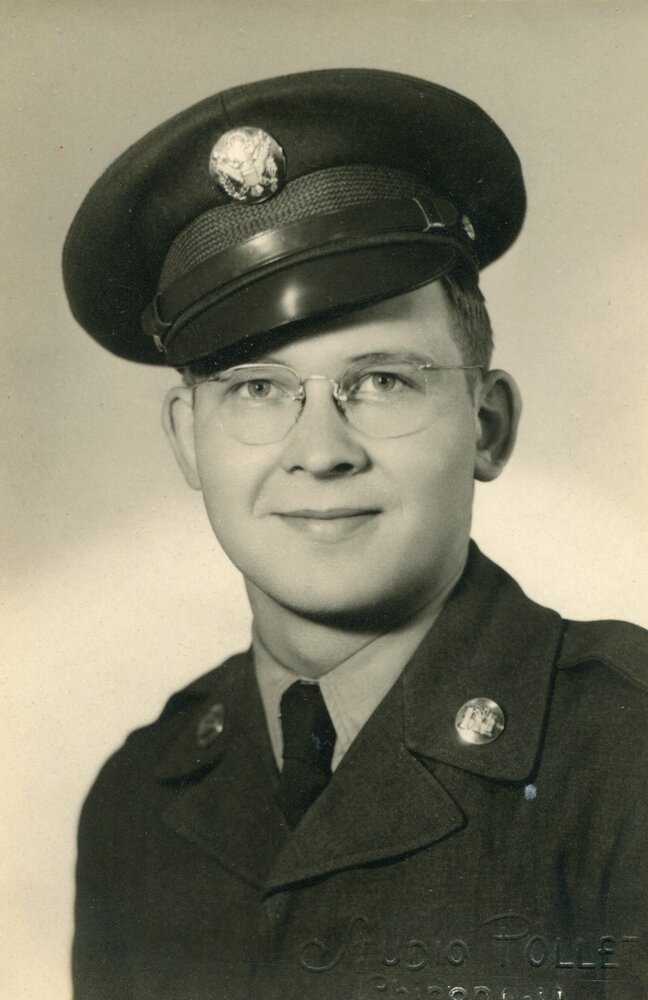 Gerald Abernethy Mowers “Jerry”, 94, of Cromwell passed away peacefully on Thursday, January 5, 2023 in Villa Vista Care Center in Cromwell.  He was born on December 19, 1928 in Duluth, the second of five children, to Alice Abernethy Mowers and Earnest Melvin Mowers.  He attended school at Lester Park.  They moved to Cromwell in 1941.  He attended Agricultural school on the St. Paul campus of the University of MN for one year and graduated from Cromwell High School in 1947.  He then worked at the paper mill in Cloquet.  He trained as a machinist in Duluth and worked at Abernethy Iron Works.

He was drafted and entered the U.S. Army in 1950 and was stationed in France and Germany.  When he got out of the army in 1953 he resumed working at Abernethy Iron Works.

Jerry married Edna Rajala on June 14, 1953.  They lived in Duluth where John and Brian were born.  They built a home on Jerry’s parents farm where Richard and Elizabeth were born.

When Jerry was young, he took accordion lessons from Phil Saporito and taught accordion lessons at Lyceum.  He played at many venues when he was young including Miles Music Band.  Later, he played with “The Talk Abouts” at Golden Gate Supper Club in Scanlon for 30 years.

Jerry and Edna spent many summer vacations at their cabin in Barnes, WI on Upper Eau Claire Lake.  Jerry worked at Diamond Match in Cloquet for 35 years as a machinist and maintenance superintendent, retiring in 1990.  He raised beef cattle, hay, and grains until retiring from active farming in 2008.  He was a member of the Masonic Lodge and was a member of the Community Memorial Hospital board for over 20 years.  He played piano at the Cromwell Methodist Church, where he was a member for 80 plus years and played the accordion at the Villa Vista for the residents for many years.

Jerry will be remembered for his great sense of humor, his love of family, working hard, and his passion for playing the Cordovox accordion.

Jerry and Edna are thankful for their daughter, Liz, who gave them compassionate care in their old age which allowed them to remain in their own home for the remainder of 2022.  The family wishes to thank the staff at the Villa Vista and St. Croix Hospice for their exceptional care for the brief time he was at the Villa Vista.  A memorial service will be held at a later date.  Arrangements entrusted to Atkins Northland Funeral Home, 801 14th Street, Cloquet.  To sign the guest book and leave an online tribute, see www.atkinsnorthlandfuneralhome.com

Share Your Memory of
Gerald
Upload Your Memory View All Memories
Be the first to upload a memory!
Share A Memory