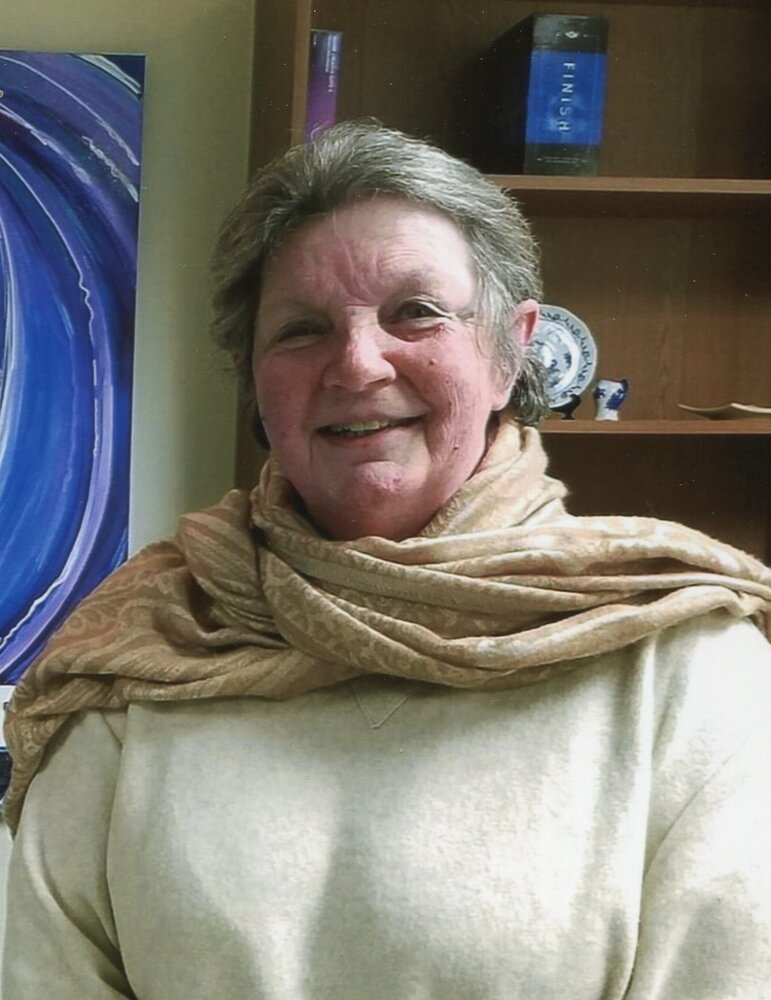 Esko resident Patricia (Patty) Lila Murto spent an outspoken, colorful life dedicated to her passions: family, community, politics and justice.  A woman who strove to give voice to the voiceless, who could not for the life of her pass up a spirited debate, and whose good humor and infectious laughter delighted many, died of cancer, Saturday, June 25th at St. Luke’s Hospice after a 15 month fight.  She was 72.

Patty was born June 7, 1950 in Duluth, Minnesota to Ruby and LeRoy (Red) Hollingsworth. She attended Morgan Park School and graduated in 1968 from Esko High School.  It was at Esko High School that she met William “Billy” Murto and they married in 1969.  Billy and Patty have three sons: Matthew Murto, Nathan (Tara) Murto and Joshua Murto.

Patty enjoyed work and held a variety of jobs: lifeguard at Northridge Pond in Esko, Minnesota Woolens, Northern City National Bank and Zenith Dredge.  Patty owned and operated her own plant and flower shop, Country Craft Plants in West Duluth.  From 1981 to 2012 Patty was the Director of the Volunteer Attorney Program, Northland Mediation Service and the Kid’s First program in Duluth.  In 1990, the Pine Knot honored her with their “Working Woman of the Year” award.

Patty also had a passion for service to her community and served on the Esko School Board, two terms as a Carlton County Commissioner and served in countless leadership roles for State and Carlton County DFL.  In 2015 she was inducted into the DFL Women of Distinction Hall of Fame.  Patty served on Foundations, Boards of Directors, Commissions and Committees too numerous to mention.  Patty was the co-host for many years on the cable network political show “Harry’s Gang” and in the recent past “Dragon Ladies.”  Patty recently joined the Ladies of Kaleva and was serving as the President of their Sampo Beach Association.

Patty was preceded in death by her parents; her husband, William; and in-laws, Gloria and Uno Murto.

Patty buoyed those around her with honesty, compassion and spunk.  A woman of conviction and strong opinions, she was a pillar of strength for her family, who will miss her deeply.

Visitation; 5:30 to 7:30 p.m., Friday, July 1, 2022 in St. Matthews Lutheran Church in Esko.  Visitation will continue from 10:00 a.m. until the 11:00 a.m., Saturday, July 2, 2022 funeral service also at St. Matthews.  A luncheon will follow the service in the church fellowship hall.  Burial will be in St. Matthews Cemetery on North Cloquet Road in Esko.  Arrangements entrusted to Atkins Northland Funeral Home, 801 14th Street, Cloquet.  To sign the guest book and leave an online tribute see, www.atkinsnorthlandfuneralhome.com

Share Your Memory of
Patricia
Upload Your Memory View All Memories
Be the first to upload a memory!
Share A Memory